Irvin Kershner, known to most fans as the director of the first Star Wars sequel, The Empire Strikes Back, passed away in Los Angeles on Saturday, November 28. He was 87 years old.

"The world has lost a great director and one of the most genuine people I've had the pleasure of knowing," says Lucas. "Irvin Kershner was a true gentleman in every sense of the word. When I think of Kersh, I think of his warmth, his thoughtfulness and his talent. I knew him from USC -- I attended his lectures and he was actually on the festival panel that gave the prize to my THX short. I considered him a mentor.

"Following Star Wars, I knew one thing for sure: I didn't want to direct the second movie myself. I needed someone I could trust, someone I really admired and whose work had maturity and humor. That was Kersh all over. I didn't want Empire to turn into just another sequel, another episode in a series of space adventures. I was trying to build something, and I knew Kersh was the guy to help me do it. He brought so much to the table. I am truly grateful to him.

"He was a friend as well as a colleague. He will be missed."

Irvin Kershner was very proud of his work on The Empire Strikes Back, as this interview conducted for the film's 10th anniversary can attest. StarWars.com will be posting a more recent interview with Kershner in the coming hours, and also want to point readers to the many tribute articles appearing throughout the press and blogosphere -- check StarWars.com's Facebook and Twitter feeds for updates as the world mourns the loss of one of the Star Wars saga's brightest stars. http://laguerradelasgalaxias-starwars.blogspot.com/

Awesome geeky Star Wars dress! It’s a simple idea just putting the instantly recognizable opening scroll on the dress, well executed for maximum geekiness. Extra props for using the original film’s scroll and not one of the inferior movies’ (you know which ones I’m talking about Jar Jar fans). Chenoa from Vancouver is the lady behind the dress…also she’s the lady in the dress. Sweet dress Chenoa.
Publicado por Lord Serer en 14:55 No hay comentarios:

The Old Republic, a new massively-multiplayer game set in the Star Wars universe, won't be out this year, obviously. But what about early next year?

What it means is that a release next Fall or Summer seems likely, but isn't certain. http://laguerradelasgalaxias-starwars.blogspot.com/

Since many Star Wars fans were saddened by the news of The Empire Strikes Back director Irvin Kershner passing away, what better time than now for some cool fan-created art inspired by everyone's favorite space opera. This simple but brilliant collection of minimalist crossover posters featuring familiar characters and fonts takes some great movies from years past and gives them a new feel by relating them to the Star Wars universe. Designer Matthew Ranzetta only created five posters so far (hopefully more are on the way), but his take on movies like Rebel Without a Cause and Empire Records should bring a smile to your face.

Click on any of those to be taken to Ranzetta's blog where all five of the posters can be found. Thanks to our friends ScreenRant for the initial heads-up. If you're interested in buying prints of these, Ranzetta recently updated his post with all of the posters, stating: "I never anticipated people would show so much interest, let alone want them hanging on their own bedroom walls. So at the moment, I'm looking into the possibility of selling prints individually and as a set." You can email him for updates or follow his blog if you're desperate to get some of these printed, just like I am. Now I think it's now time to watch the original Star Wars trilogy. http://laguerradelasgalaxias-starwars.blogspot.com/ 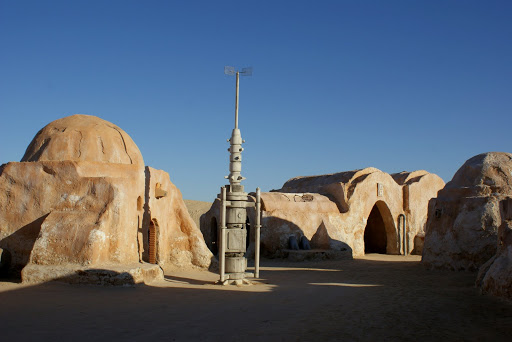 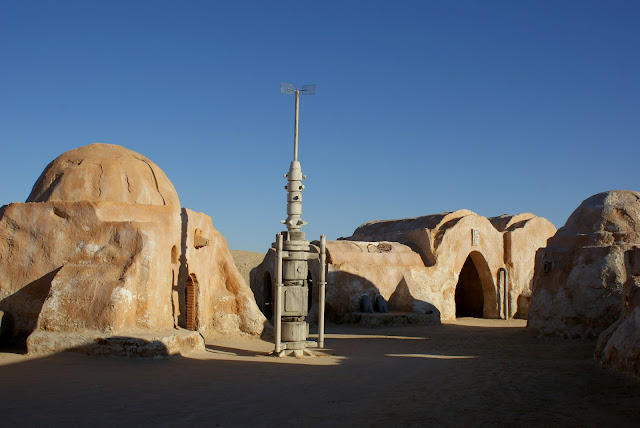 Hell, even the guys and gals with the inspirational “I kicked the habit and you can too!” stories typically add a defeated “...but I don't think I'll be able to resist The Old Republic.” And now, BioWare's offering an opportunity for you to get an early start on what's sure to be a beautiful, fun, and – most importantly – completely debilitating relationship.

Over on the official Star Wars: The Old Republic website, BioWare's begun accepting another round of sign-ups for the soon-to-begin closed beta test. Simply create a TOR community account, head over to the Game Testing Portal, and – quick as Jar-Jar Binks laying waste to someone's childhood – you're in! http://laguerradelasgalaxias-starwars.blogspot.com/

Granted, we're still talking closed beta here, so no matter how badly you want to take the game for a test drive, you won't get a golden ticket unless you meet BioWare's “specific requirements” for this test.

So, with all that said, we have to ask: what are you still doing here? Go! Sign up now or risk playing the game at the same time as everyone else like some kind of filthy videogame peasant.


http://laguerradelasgalaxias-starwars.blogspot.com/
JW Rinzler has been spilling the beans about a new Star Wars Blueprints book through his Twitter-account. Here are some of his recent tweets:

November 23, 2010: I got key info from Norman Reynolds and Alan Tomkins for new book TBA.

December 2, 2010: It's official. I can announce SW: Blueprints. Starwars.com will have a cover soon. Have been talking to many of the Elstree Studios gang!

December 6, 2010: Yeaahh! Just sent in the final manuscript for the Blueprints book. But am talking to Michael Ford tomorrow... set dresser on ESB and Jedi.

In an addition to the long list of cool things that will kill you, novelty drinking glasses apparently contain a dangerous amount of lead. http://laguerradelasgalaxias-starwars.blogspot.com/

The set of Star Wars glasses that your parents stalked Burger Kings to collect for you might have been slowly killing you over the past 20 years. The Associated Press, concerned about the colored decorative elements of novelty drinking glasses, commissioned a study into the levels of lead involved in such novelty glasses. The news isn't good: the glasses contain dangerous amounts of lead and cadmium.

AP reports that their testing "looked at whether glasses would shed lead or cadmium from their decorations during normal handling, as well as how much of the toxic metals those decorations contain." The good news is most of the lead stays attached to the glass, and very little will shed during normal use.

The ramifications of the report actually hinge on the intended audience for the glasses, children or adults. The AP notes that, as a product for children, legally the glasses "couldn't have more than 0.03 percent lead. Lab testing commissioned by The Associated Press showed they contained up to 1,000 times that limit in their colored designs. If they were not children's products, there would be no limit."

The A.V. Club notes "pretty much every decorative drinking glass ever made carries the same risk, dating back to nearly 50 years ago." United States retailers have begun measures to recall the more modern glasses from circulation.

The holiday season is once again upon us and you may be wondering, “is there a cool but completely useless gift I can get the Star Wars fan in my life who has everything?” Well, how about mice? http://laguerradelasgalaxias-starwars.blogspot.com/

The House of Mouse has “handmade felt mice, cute mouse ornament gifts” dressed up as Star Wars characters. Check them out below:

And if Star Wars isn’t your thing, the House of Mouse has mice dressed up as all sorts of characters, including:

And my favorite—THE GIMP: