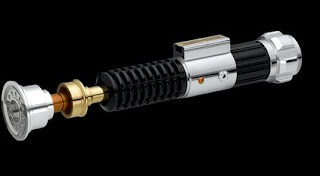 Lately there has been news regarding the Origin of the Luke Skywalker Green Light Saber of Jedi Return, star wars VI.

I have a theory about it. After the death of Qui Gon Jinn in episode I, Obi Wan Kenobi picked up the saber and saved it as he did after the episode III with Anakin's laser saber. 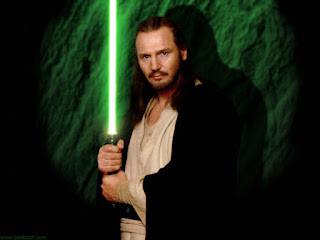 These laser sabers kept them to reserve for the future, for Luke or future apprentices rooted in strength. Anakin's sword was inherited by Luke, who lost it on Bespin's moon when Darth Vader cut off his hand. Said saber is that appears in the episode VII and handles Finn and later King.

The green lightsaber would have to see what happens in the connection between the Empire Strikes Back episode and the return of the Jedi episode VI where Luke has a new green. The question is is the specter of Obi Wan where he has to go and look for it. Did you go looking for the crystals to a temple like the Jedi apprentices in the clone wars?

My theory is that Obi Wan in the form of specter tells him at some point where to go to find a new lightsaber and does not give him answer of who is his father, which thing leaves for the Return of the Jedi, after Yoda's response .
Publicado por Lord Serer en 10:40